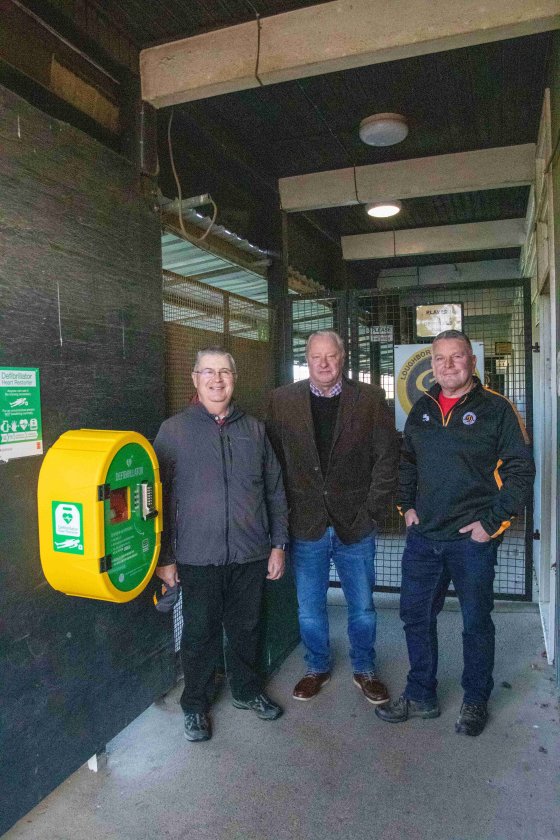 ONE of Leicestershire's most established community football clubs has taken steps to create 'heartsafe' environment to benefit both club members and local community with support from a local heart charity, The Joe Humphries Memorial Trust (JHMT).

Loughborough Dynamo FC has recently benefited from the donation of AED cabinet from JHMT so the club's lifesaving defibrillator is now accessible to the public 24 hours a day, seven days a week. The defib is situated and sign posted just outside the main match day entrance where it's clearly visible should it ever be need in an emergency.

Ian Beech, club director said: "The club's management committee recognise the importance of creating the safest possible environment both on and off the field of play. We are delighted that the club's defibrillator is now accessible to the local community and recognise the importance it could play in saving a life. The JHMT have been marvellous with their help, advice and donation of an AED cabinet. We are also working closely with the Trust to ensure as many of the club's committee members, coaches, players and key volunteers take part in one of the JHMT Mini HeartStart training for Sports Clubs sessions to ensure they have the key CPR lifesaving skills and are familiar with how to use an AED."

Loughborough Dynamo was formed in 1955 by pupils of Loughborough Grammar School. The club's name comes from FC Dynamo Moscow, which had played in the United Kingdom in friendly matches on tours in both 1945 and 1955. The club colours of gold and black come from Wolverhampton Wanderers, who played against Dynamo Moscow at Molineux on November 9th, 1955. The club have 19 teams and 300+ club members which is further swelled by visiting away teams. In addition, the club facilities are used by other local teams so over a season over 10,000 people will visit the ground. The player's ages range from 6 years of age to walking football players at 72 years of age. Some of Dynamo's regular supporters are in their eighties.

Dr Mike Ferguson from JHMT said: "Any delay in starting CPR and finding a defibrillator can result in either the death or severe health impairment of someone who has collapsed. Attaching an automated external defibrillator (AED) to them gives vital information to anyone attempting to help. By positioning their AED on the outside Loughborough Dynamo FC has shown that their simple-to-use AED is available to everyone 24 hours a day. I do hope many other sports clubs across the county and city follow Loughborough Dynamo's fine example to be prepared and ready should someone fall victim to a cardiac emergency which can happen to anyone, anytime, anywhere and any age including fit and healthy young people."

The JHMT is a local charity which was set up in memory of Leicester teenager Joe Humphries, who in October 2012 collapsed and died while out jogging near his family home in Rothley. Joe was a victim of sudden arrhythmic death syndrome (SADS) – a group of lethal heart diseases which can cause sudden cardiac death in young people.

As well as providing free CPR and defibrillator training, the JHMT works hard to raise awareness of sudden heart deaths, helps to provide community defibrillators and runs Inspire, a local grants scheme for inspirational young people in the city and county. 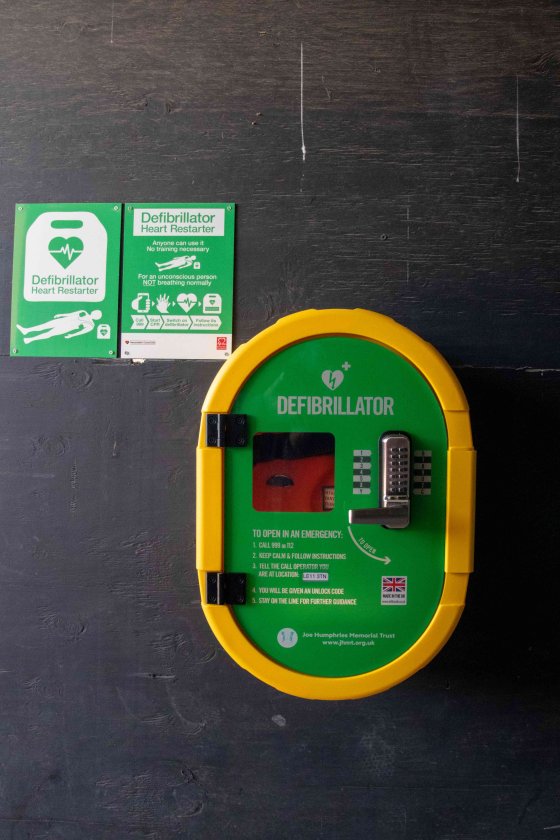