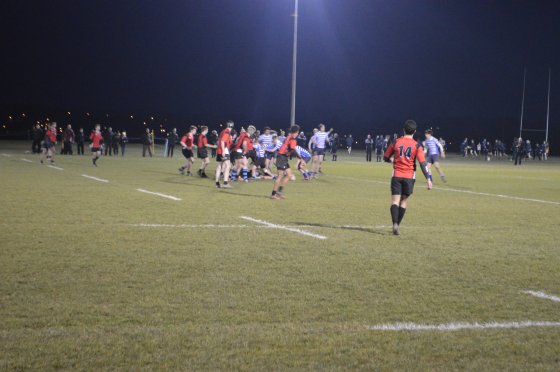 Now onto the final five sports of the season, Rugby is next up on the Team Leicestershire calendar with a double header of finals.

Starting on 21st March and followed on the 30th, both finals days will be held at Leicester Grammar School with kick-off at 5pm.

Playing under the floodlights, the first round of finals will see the Under 14's and Under 15's face off, before being followed a week later by the Under 16 & 18's.

In the U14 Cup final, it's a battle of the grammar schools as Loughborough face off against Leicester. Leicester have faced just the one match in the build-up, but a comprehensive 48-0 win against Ratcliffe College was the perfect preparation. Loughborough have so far seen off Welland Park and Hinckley Academy.

Loughborough will also play in the Plate final, facing off against a Catmose College side who beat Newbridge High School earlier in the competition. And in the other U14 final, De Lisle will face off against Gartree or Rushey Mead in the County Bowl final.

In the Under-15 finals, Welland Park Academy have one of Ashby or Leicester Grammar standing between them and the County Cup. They beat Ratcliffe in the final four and will hope to finish the job at Leicester Grammar School.

The second round of finals will take place on March 30th, with four more finals allowing the Under 16's & 18's the chance to pick up a trophy.