As a festival the focus was on participation, demonstrating teamwork, enthusiasm and getting involved in a sport that some girls had never played before. Each team was allocated into a group of three and 10 minute 5-a-side games kicked off! When music was played, games entered a powerplay where any goal scored counted as double! Once every team had played twice, teams were ranked and reallocated into new groups with the aim of creating fairer competition and even better experience for players. Each team then had the opportunity to play a further two games. At the break the girls were lucky enough to meet the current director of women's football at Leicester City and ex Leicester, Liverpool and England football player, Emile Heskey, who came down to support the event and meet the participants. After all games were completed, each player took home a certificate for their hard work and enthusiasm shown throughout the day. Young leaders from Wreake Valley Academy and John Ferneley did a fantastic job officiating the games, encouraging and supporting the girls and making sure each team knew who they were playing next

Thanks to Waterfront Sport & Education Academy, Active Charnwood were able to donate a set of football kits to St Michael & All Angels Primary School. Very happy faces that will hopefully have plenty of opportunities to put on the kit again in future!

It was great seeing so many girls get active! Hopefully they have been inspired and will continue participating in football for a long time to come! 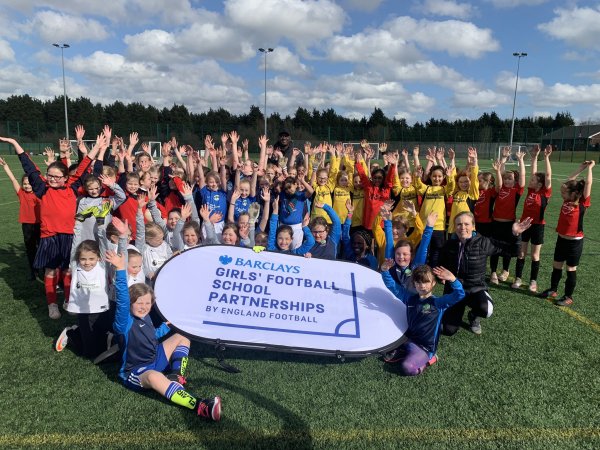